A sea of blue, white and purple

Thistle House’s charity fundraising day was held today, Friday, November 29 and it proved to be a fun day for everyone. 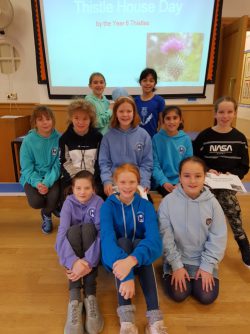 The two charities which Thistle House are raising money for this year are Helen and Douglas House, a hospice which provides palliative care to children and young people in Oxfordshire and the surrounding areas, and Plastic Oceans UK. Thistle House has been supporting Helen and Douglas House for many years but this is their first year of supporting Plastic Oceans UK. Did you that 8 million tonnes of plastic enters the ocean each year? Plastic Oceans UK was the first charity focused on plastics and they have been experts on this issue for a decade. Through education, science and sustainability, they aim to stop plastic pollution reaching the ocean within a generation.

In order to raise money for these worthwhile causes, girls at both Upper School and Junior House were asked to pay £1 to wear their own clothes. High March certainly was a sea of blue, white and purple as pupils came to School dressed in the Thistle House colours. The Year 6 Thistles led a number of fun activities at Upper School including a lunch time disco, guess the name of the cuddly toy and a cake sale.

Thank you, Thistles, for organising such a lovely day for everyone. We look forward to hearing how much money you raised for two such worthwhile charities. 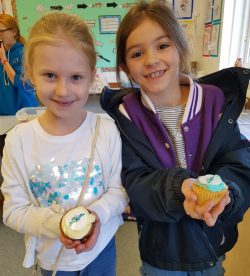