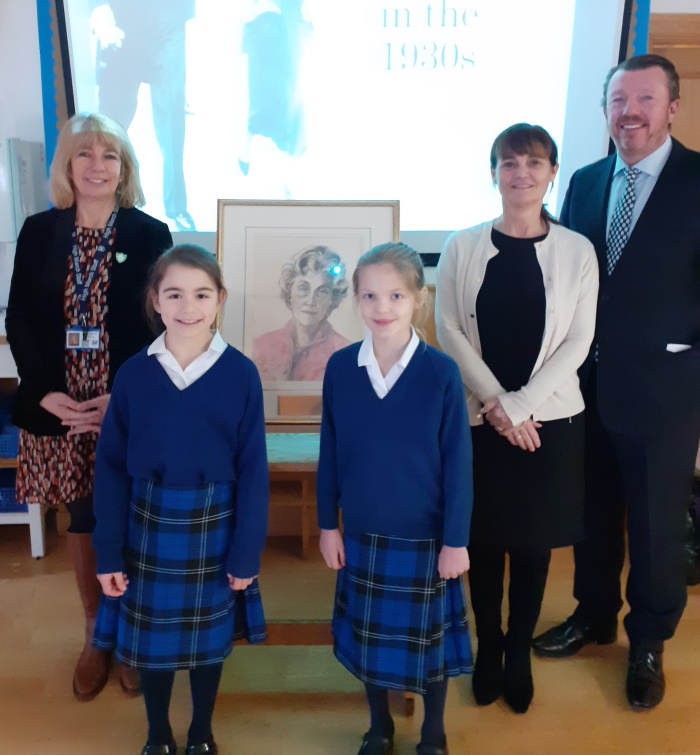 On Friday, January 28th 2022 the children and staff at Upper School joined Mrs Gater, Mrs Avery, Mr & Mrs Chapples and the Staff for our annual Assembly in memory of Mrs Del Anderson who was Headmistress from 1948 to 1981, Principal and Chairman of Governors until her death in 1999, and of Mr Robert Anderson, who was Headmaster from 1948 to 1974.

We remember Mr & Mrs Anderson every year by holding a special Commemorative Assembly as close as we are able to Mrs Anderson’s birthday, January 28th. We sang Mrs Anderson’s favourite hymn, “Morning has Broken”, Mr Anderson’s favourite hymn, “He who would valiant be” and the High March School Song, written in 1948, the year that the Andersons arrived at High March. We were delighted to listen to our Del Anderson poetry scholars, Audrey and Freya, recite “Hard Frost” by Andrew Young, the same poem recited during the scholarship process.

Mrs Belinda Avery, Mrs Anderson’s granddaughter, then talked of her and Mr Chapples’ grandparents’ life’s work at High March and recalled many of her memories of Mr and Mrs Anderson. She told the children about Mr and Mrs Anderson meeting on a boat as they journeyed back from Argentina to England in the 1930s and their war effort in leading an evacuation of children to Canada to escape the wartime Blitz. The children enjoyed hearing about Mrs Anderson’s love of poetry, her children’s book, “Mrs Brown’s Adventure” as well as tales of Mrs Anderson’s beloved Yorkshire terrier, Sonnet, who was a frequent visitor to High March.